Depression (also known as major depressive disorder and clinical depression) is a common, severe, mood disorder of which symptoms include sadness, hopelessness, and a loss of interest in activities once enjoyed (American Psychiatric Association, 2013). Physical symptoms may also be experienced, such as chronic pain and digestive problems. In the general population of youngish adults, and among elite level athletes, approximately 27% of people can be identified as having a possible depressive disorder (Gulliver et al., 2015).  However, injured athletes are at greater risk of depression compared to non-injured athletes. Based on this, you could conclude that circus artists are at similar risk of developing depression as the general population, and that professionals in the circus industry should provide extra care to nourish the mental health of injured circus artists.  However, it is important to consider other factors that may affect the prevalence of depression among circus artists.

Importantly, it may be argued that circus appeals to people who are at an increased risk of developing mental health problems. In the early 1900’s, circus displayed ‘human oddities’ such as people with physical or mental disabilities, natives from non-Western countries, and persons with unusual talents (Adams, 2016). Albeit subtlety, circus has maintained some of this heritage a century later. Nowadays, the circus industry is namely described as a place where persons who differ from societal norms are socially included and celebrated (Seymour & Wise, 2017). This inclusive circus environment has been reported to facilitate the social and emotional wellbeing of circus artists (Ennis & Tonkin, 2017). Following gravitational hypothesis (Wilk, Desmaris, & Sackett, 1995), you could thus expect that the circus industry attracts individuals who deviate from societal norms in a variety of ways. Research shows that these individuals are more likely to have mental health problems. For example, LGBTQI persons seem numerous in the circus industry, and are at increased risk of mental health concerns such as depression and suicide ideation (King et al., 2008). Because of this, it is likely that mental health problems such as depression are more frequent in the circus industry compared to the general population due to the people that circus attracts.

Furthermore, it is likely that circus attracts creative individuals. It has been speculated that creative people are at increased risk of mental health disorders such as depression. However, a recent meta-analysis failed to identify a simple, direct, relationship between creativity and depression (Paek, Abdulla, & Cramond, 2016). Rather, their work shows that creative individuals may manifest some psychopathological traits that enable original thinking, but not to the degree that it adversely affects overall functioning. Therefore, creativity alone is unlikely to be a risk-factor of depression among circus artists.

Implications for the circus industry

The above research indicates that it is probable that the prevalence of depression among circus artists is at least on par, but likely exceeding, the prevalence of depression in the general population. Based on this, I believe that professionals in the circus industry, such as coaches, directors, crew, and cast members, should be encouraged to engage in activities that improve mental health literacy. Within this, it is of importance that professionals in the circus industry are made aware of communities that are of particular risk of developing depression. Increased mental health literacy will help professionals work with people who are potentially at risk of developing a depressive disorder, and will allow them to feel more confident making appropriate referrals for those that require help.

From a research perspective, I believe it is important to investigate the true prevalence of depressive disorders among circus artists, and to identify any risk factors relevant to the circus industry. This information can be used to tailor mental health literacy programs to the specific needs of the circus community.

Note: If you are struggling with your mental health, please seek immediate support by a licensed professional. If you are unsure where to find support, perhaps because you are working abroad; your first point of contact is your physiotherapist or a doctor such as a general practitioner. Physiotherapists and doctors are part of the healthcare system, and are able to help with requests to be confidentially referred to a licensed psychologist. Alternatively, you could contact a licensed psychologist in your home country for advice. They will also treat your query confidentially, and some may be able to provide online support in your native language.

Recently, our research project about career transitions from elite gymnastics to professional circus was published in the Journal of Clinical Sport Psychology. I interviewed eight (inter)national level gymnasts who achieved a career as a circus artist. What can we learn from their experiences? Our analysis showed that the journey from elite gymnastics to professional circus is challenging. We identified three phases within this transition process: 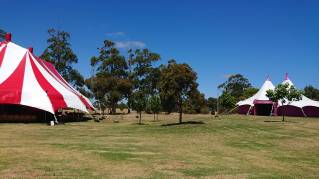 We can use this information to help prospective circus artists during their journeys from sport to the big-top. During the realising and adapting phases of the career transition, the ‘social support’ component of psychological resilience is expected to weaken because the new circus artists are away from their existing social support networks. Yet this form of support is very important during these phases. To support psychological resilience during these phases we recommend:

To facilitate thriving, we recommend circus companies to create and maintain an autonomy-supportive environment, in which circus artists may voice their opinions, feel listened to, and have opportunities to continuously develop their skills (be it circus skills, creative skills, or any other skills that could be applied to the circus context).